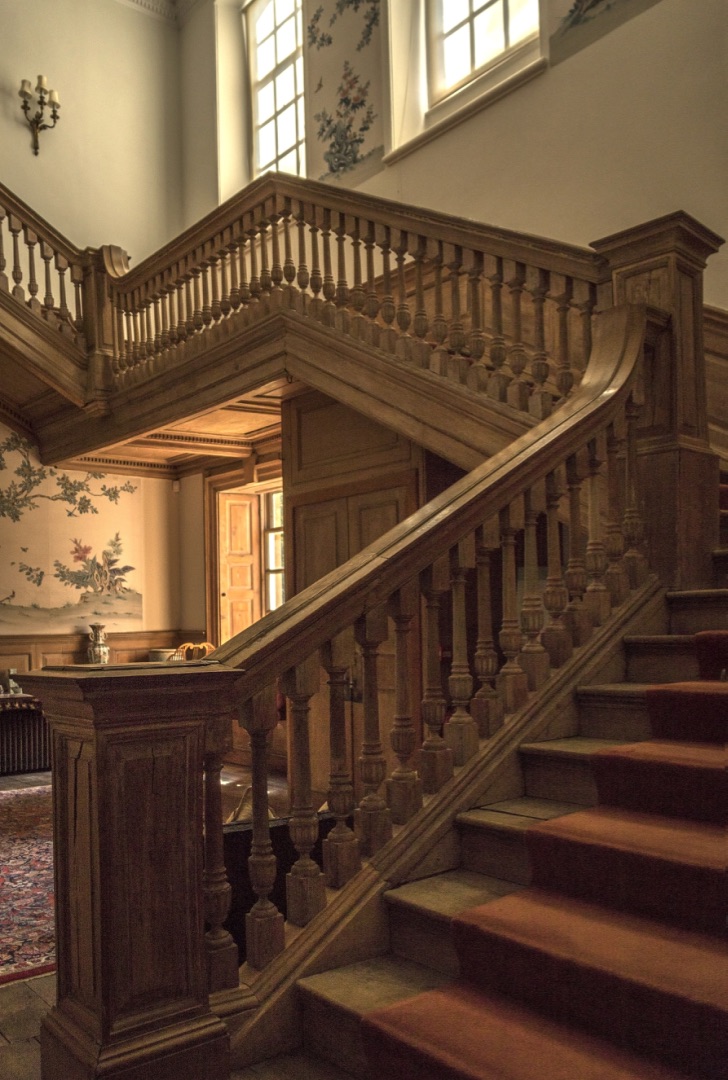 The entrance hall is dominated by the cantilevered staircase and gallery which are now thought to date from the 1720s.  Save for a single support to the first flight of stairs there are no supporting columns, the weight being borne by the walls almost 3 feet thick.  The wood was stripped of its original paint in the 1920s to reveal the pine and oak beneath and then given a lime wash.

The panelled wainscoting echoes the staircase on the ground and first floor, and continues into the drawing room.   In its original layout the house almost certainly had a much smaller staircase, and the alcove on the gallery was probably designed to replace a previous doorway. 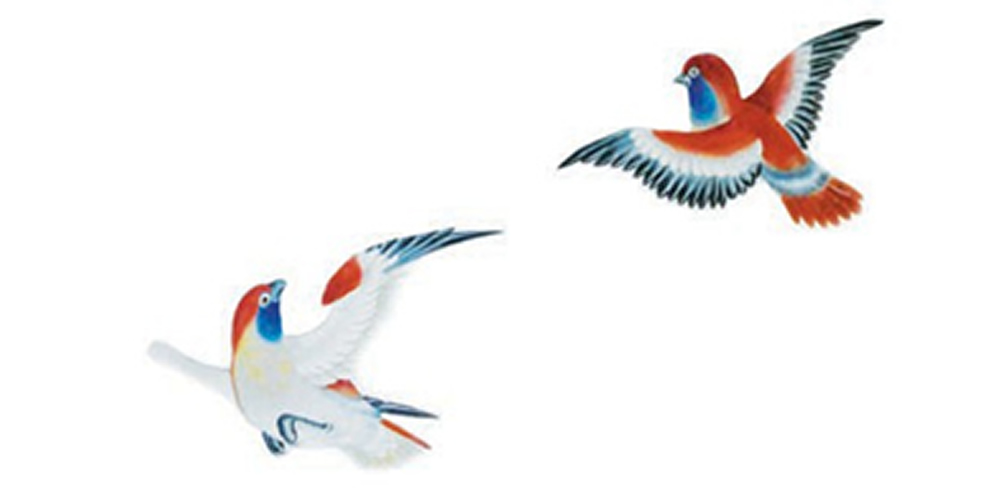 The hand-painted Chinese wallpaper was hung in the early 1950s and was certainly influenced by Miss Raphael’s tour to the Far East in 1935. 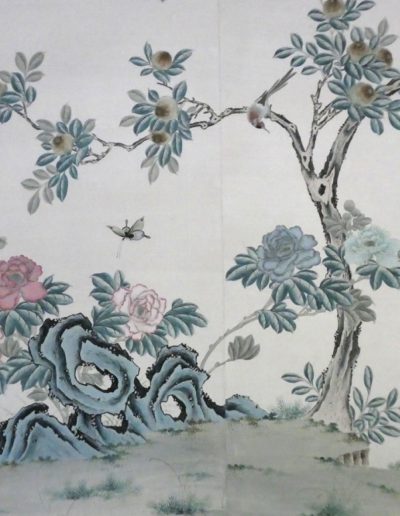 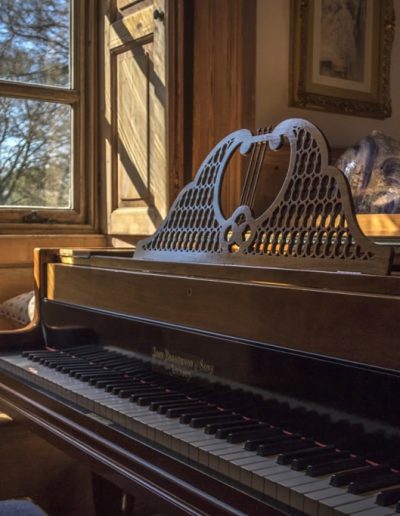 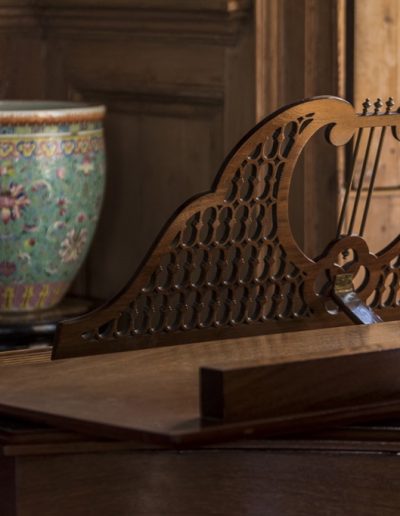 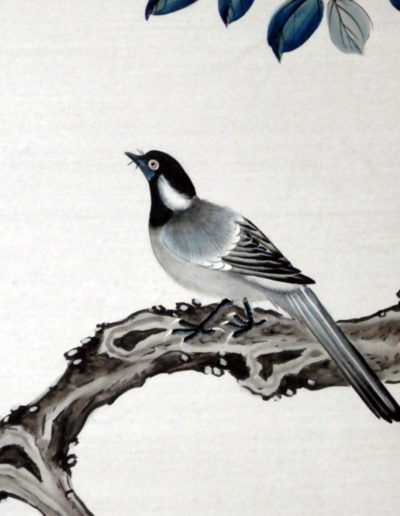